Texas Governor Greg Abbott announced last week the state will lift its mask mandate and allow businesses to operate at 100% capacity starting Wednesday, as well as reverse prior executive orders aimed at curbing the spread of coronavirus.

With nearly 30 million residents, Texas will become the most populous state without a statewide mask mandate. Coronavirus cases and related deaths are on the rise in the state, with an average of 200 deaths per day. As of last week, 7% of the population has been fully vaccinated.

“We must now do more to restore livelihoods and normalcy for Texans by opening Texas 100%,” Abbott said during a press conference on March 2. “Make no mistake, COVID-19 has not disappeared, but it is clear from the recoveries, vaccinations, reduced hospitalizations, and safe practices that Texans are using that state mandates are no longer needed.”

The announcement sent ripples throughout local business communities, raising concerns over yet another spike in COVID-19 cases and an increase in confrontational customers who don’t wish to wear a mask — even if an establishment sets rules that may contradict the state’s order.

Insider spoke with six business owners and hospitality workers in Texas about the announcement, many of whom believe the governor’s decision may be politically motivated after last month’s devastating winter storm, which caused widespread damage and left millions without power and heat.

All of the business owners Insider spoke with said they’ll still require customers to wear masks at their establishments and practice social distancing, as well as continue operating at limited capacity for the time being.

We asked workers from Austin, Dallas, and San Antonio to share what they anticipate following the governor’s decision. Here’s what they said: 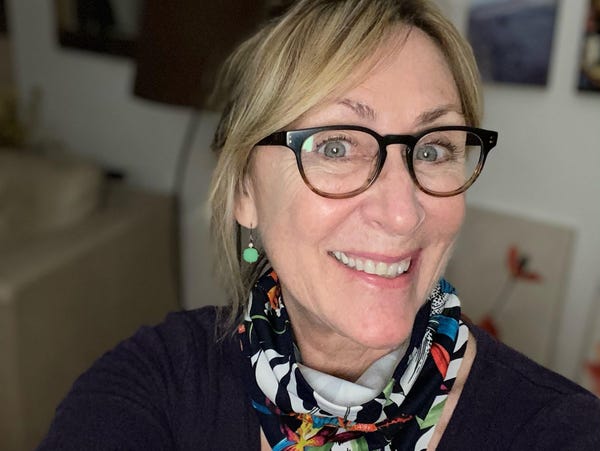 This has been the most trying year for my business in over 18 years. Sales are down over 40% across the board.

When the governor announced the mask mandate was going to be lifted, I thought, ‘Are you kidding me?’ This is so dangerous. I started getting phone calls about the announcement from customers, employees, and vendors. The news just absolutely floored me and everyone I know.

Removing the mask mandate creates so much more stress for retailers and employees. The mask mandate wasn’t even in effect yet and we had customers come into the store without masks saying, ‘Texas doesn’t require it,’ but we will still require masks to be worn when customers are not seated. Right now we’re still operating at 75% capacity.

I understand that people are tired and don’t want to wear masks, but sometimes you do things you have to do to protect yourself and others. Look what happened last year when the governor reopened the state and more people got sick and died? We’re fighting this war and everyone has to work together and not be selfish. 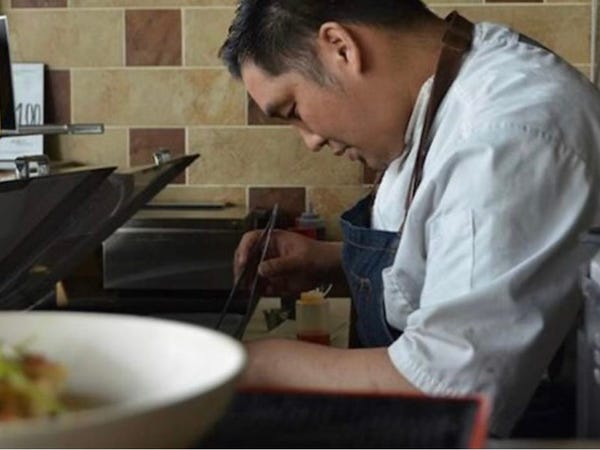 I opened up a mom-and-pop-style ramen shop in San Antonio in 2018. Shortly after I was diagnosed with cancer. I was initially given the all-clear at the end of that year, but right before the pandemic I was re-diagnosed.

At first I decided to forgo treatment to help my business survive at the beginning of the pandemic, but when the governor decided to reopen the state last summer, we decided to shut down so I could focus on treatment.

We reopened the restaurant in October of last year. We built actual barriers with plexiglass and plywood and created a big diameter of space on our patio where we felt safe and distanced. We do curbside dining and operate at 75% capacity.

I’m all for businesses reopening 100%, but lifting the mask mandate is a bad idea and opens up the possibility for confrontation. We’ve all seen it take place virally. Especially being an Asain-American establishment, I don’t want to give someone a reason to do something that will affect the safety of my staff. Lifting the mask mandate puts the burden on businesses, where we’re screwed if we continue to enforce masks and screwed if we don’t.

We will mandate masks in our restaurant. As a private business owner, I can make the rules.

If you don’t want to wear a mask, fine, you can order to-go and we will bring it out to you in your car. We are so close to the light at the end of the tunnel. So what’s another three months? 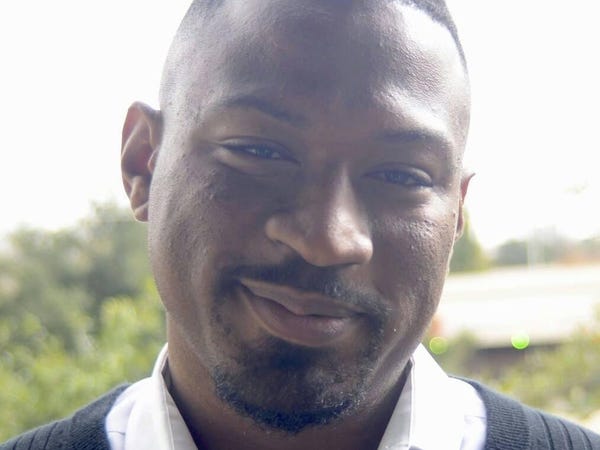 I don’t think the premise of the mask mandate being lifted was shocking for most Texans. But how quickly the timeline moved from the announcement to the practice surprised me.

I’m pretty skeptical. Every step that we’re taking has been in defiance of what medical professionals have said.

There’s a certain degree of risk that the hospitality industry has to confront regardless of whatever sort of implementations establishments make. We’re personally enforcing the rules. At the bars I work at, you have to wear a mask upon entry. Once you’re seated, you can remove your mask, but if you have to move around for any reason, you have to put on your mask again.

By lifting the mask mandate, Governor Abbott has turned a public health emergency into a political issue. I expect there to be a lot more conflict among guests. It’s going to be that much harder to protect our employees just because the governor isn’t on the same page with local leadership.

The majority of people understand, sometimes reluctantly, that there’s a mask policy, but I expect a spike in confrontation.

Right now, we have maybe one or two serious confrontations about the mask policy. It’s so powerful and frustrating when we see people who don’t extend respect to those who are frontline or essential workers.

I don’t think people realize hospitality workers can be in danger of losing their job because of their frustration about having to repeat themselves over and over again about something that should make sense to customers by now.

Matthew Bolick, co-owner of Better Half, Little Brother, and Holdout Brewing in Austin 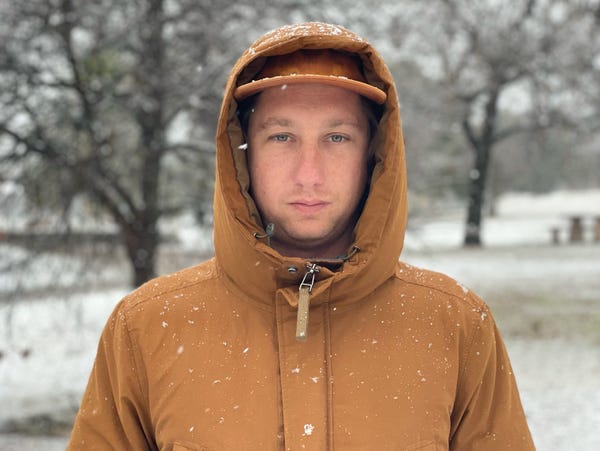 The governor lifting the mask mandate was just another surprise. There hasn’t been any announcement this entire pandemic that has given us much breathing room to plan. We’ve had to shut down overnight, reopen within three days — we’ve basically reinvented all of our businesses at different points during this whole thing about five times over.

When it was announced, my phone blew up. But it just took me about a minute and a half to go through all of the social media accounts and post that we’re still going to require masks.

The response has been overwhelmingly positive from our community, but the negative responses are very loud. All of our spaces are still outside only, but what I’m worried about is our crew. I want everyone to know we’ve got their back, and when it’s time to tell someone to leave because they won’t put a piece of cloth over their face, we’re here to support it.

It’s so irresponsible of our government to decide that we’re all good and we can handle a full reopen. That doesn’t work on a hospitality level. We can put up our own mandates and expect people to adhere to them, but that causes issues with our guests and puts our crew in an unsafe position. I feel like pulling the mask mandate without having a plan to vaccinate hospitality workers is inhumane. 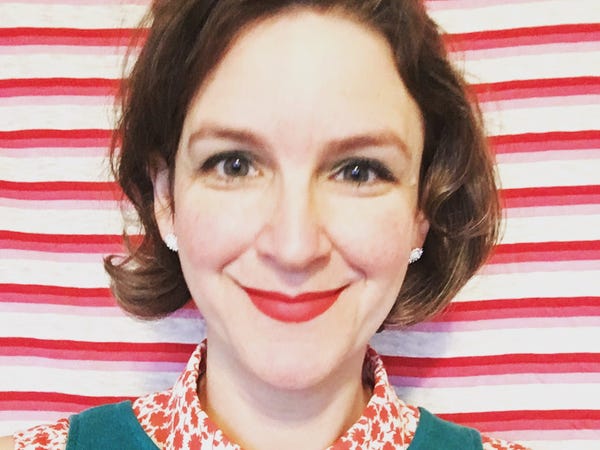 When I heard Abbott was going to make an announcement, I was hoping it would be that hospitality workers would be included in phase 1C to get the vaccine.

And then when he said he was going to reopen the state to 100%, I was surprised, but mostly I was angry. It seems like everything that’s happening is happening in backwards order.

With no masks required and no plan to vaccinate our hospitality workers, Abbott is making it more likely that workers with the lowest pay and least access to healthcare will once again become the most exposed to the virus.

I don’t think the order will change our business that much. We went curbside only in the fall, and when the numbers started to go down, we let people come in and order to-go. With nicer weather, we anticipate more business, but we’re still not allowing indoor seating, so it’ll be hard to know how this will affect us.

There was so much in Abbott’s announcement about personal responsibility, and that read to me that Texans are on their own. Our leadership is failing us and can’t even give us a response to last month’s winter storm.

A lot of restaurants have been able to access aid because there were clear public health mandates put in place. Now that the state is rolling those back, business owners are at a great disadvantage, and funds from the Employee Retention Credit under the CARES Act will no longer be accessible. It’s clear that we have to take care of each other, because the government won’t. 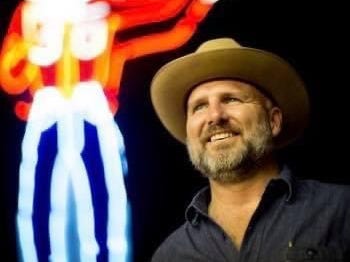 We didn’t see this coming, but it doesn’t surprise us. It doesn’t seem prudent, but instead a rushed decision he made in order to turn the conversation from the absolute disaster caused by the winter storm. We’ve decided to continue mandating the CDC guidelines, operating at 42% capacity, and requiring masks when not seated.

However, over the weekend, we had a few guests who felt compelled to flaunt the no-mask rules even though the order isn’t in effect yet.

At first, I didn’t think continuing our mask policy was going to be an issue, but after seeing how people were acting this weekend, I think we’re going to have to do additional training with our staff on how to engage people who are not following the guidelines.

As a bar owner, I understand that when people drink, their inhibitions go down and they can forget that there are these barriers in place. Bar owners don’t want to be seen as policemen, but I think it’s part of my responsibility and commitment to maintain the mask mandate to a more stringent standard than the state of Texas.

The governor has placed business owners in an impossible situation. I think there are a lot of business owners who are not moving forward with opening 100% because they’re concerned about the backlash. But without support from our government, some aren’t given much choice.

We’re lucky because we have a favorable relationship with our landlord and they’re allowing us to take a certain percentage hit and pay a reduced rent, but a lot of others can’t do that and bills have to be paid.

The livelihoods of our staff are at risk, and while I appreciate the handout from the government, it’s also a double-edged sword because we’re required to operate at 100% capacity. In my opinion, we’re in this situation because of a lack of leadership. It’s an economic and political conundrum.