In the past four months, more than 4 million new accounts have been opened, taking the total to 44.3 million. 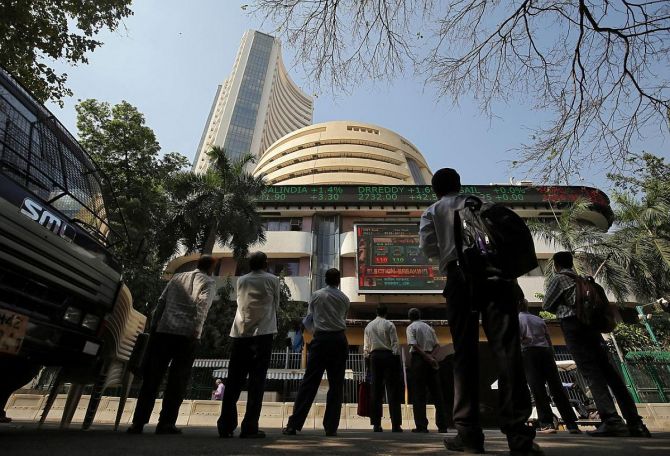 Brokerages are witnessing a boom of sorts when it comes to opening of new investor accounts.

In the past four months, more than 4 million new accounts have been opened, taking the total to 44.3 million.

Gone are the days when opening a trading and dematerialised account used to take 70 signatures.

Now an investor can open an account sitting at home, thanks to eKYC with online brokerages.

A simple Google search leads to a slew of brokerages vying for your attention with freebies and offers, such as zero-broking fees and no account opening charges.

Some promise to allow you to begin trading in five minutes.

New account openings have been underpinned by a sharp rally in the stock markets.

From March lows, the benchmark Sensex and the Nifty have rebounded more than 40 per cent.

Several stocks in the broader markets are doubling in a matter of weeks.

After the March sell-off, the market direction has largely been upwards, thanks to the aggressive stimulus measures taken by global central banks, especially the US Federal Reserve.

This means, a majority of people who entered the market after March, may have made handsome gains.

And this has prompted them to invest more and nudge others also to open trading accounts.

Brokerages have been quick to tap this opportunity.

New-age apps have led to the gamification of stock-market trading.

It has become an in-thing for investors to post snapshots of the mark-to-market gains they make on their investments.

This gives many the adrenaline rush to increase the wager, without necessarily giving much importance to stock fundamentals.

Experts say people across age groups who are equipped to use a smartphone are being drawn to trading.

An often-cited reason for the traction in new account openings is the ‘work from home’ phenomenon.

Staying at home has given people extra free time, which many are using to trade with an intention to make quick bucks.

This is also reflecting in the numbers.

In July, the share of non-institutional investors in trading volumes surged to 72 per cent – the highest in more than a decade.

This is the potentially most risky element but a driver nevertheless.

WhatsApp, Telegram, etc are flooded with groups that dole out investment tips.

Joining many of these groups is free and the young generation is seen seeking advice from this medium.

“When you have an active trading account, all you need is actionable tips, which groups on Telegram provide.

“Also, as the market has been buzzing, most tips are generating returns. The bubble is intact, but is only getting larger,” says a market expert.