‘Some of the launches may get deferred due to the semiconductor shortage, which is unlikely to get resolved before the second half of 2022.’ 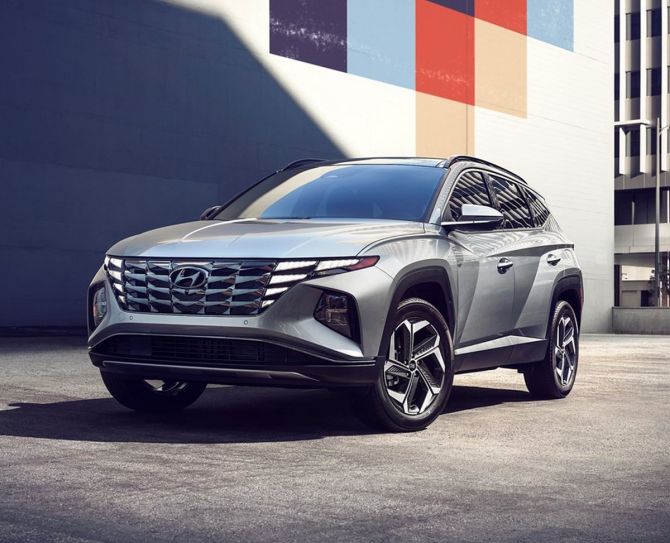 Every new year brings with it a set of new wheels across segments and price ranges, and 2022 will be no different.

The year that dawns on us will see over two dozen new cars and SUV models (including refreshes and facelifts) hitting the road as automobile firms ride the trend of strong preference for personal mobility.

A raft of new electric cars in the premium and luxury segment will also be launched.

This comes after a year that was marked by production losses due to chip shortages worldwide.

Not surprisingly, most of the launches will be aimed at the SUV segment as automakers feed the buyers’ desire for roomier vehicles with high ground clearance and high seating.

More than four in every 10 passenger vehicles sold in India today are SUVs.

The ongoing semiconductor shortage may, however, continue to impact the new launches, say analysts.

“Some of the launches may get deferred due to the semiconductor shortage, which is unlikely to get resolved before the second half of 2022,” says Puneet Gupta, director, IHS Markit, a Delhi-headquartered sales forecast and market research firm. Concurs Rahul Mishra, partner, Kearney: “Owing to the ongoing chip crisis, companies may not make too many changes to their product plans as they have yet to fully utilise the sale potential of the recently launched models.”

They may even have to skip the launch of some variants and/or trim levels, he adds.

While most of the auto firms are likely to have something or the other to ignite buyer interest in the new year, it is market leader Maruti Suzuki India that will be the busiest with its calendar packed with new introductions, say people aware of the company’s plans.

In addition to the facelifts and refreshes, Maruti plans to introduce the new generation Suzuki Vitara Brezza, new Baleno and Alto besides an all-new SUV that will rival the Hyundai Creta.

Maruti’s share in the compact SUV segment, where it sells the Brezza, has dropped by 90 basis points to 14.4 per cent in this segment.

At its peak in FY2019, the company’s share in this segment was 35.4 per cent, according to brokerage reports.

Hyundai Motor India, the second largest in the pecking order, is likely to launch three new models — a multipurpose vehicle, the new generation Tucson (premium SUV) and IONIQ 5, an e-car — as it seeks to fortify its position in the SUV market and start executing its electric car (EV) game plan, says a person in the know.

Mahindra is likely to take the wraps off the new generation Scorpio.

Tata Motors, which has had a busy 2021 with multiple launches, is expected to stay clear of completely new introductions and may have facelifts or variants of its new models.

In addition to e-Altroz, it would bring a CNG version of its existing models since demand for CNG models has seen a sharp jump amid increasing fuel prices, says a person aware of the plans.

For luxury carmakers, launching EV models would be top priority amid hopes of a duty cut.

“Year 2022 will be another one of intensive product offensive from Mercedes-Benz, says Santosh Iyer, vice-president-sales and marketing, Mercedes.

The new calendar year will also see enhanced focus on sub-brands including the Maybach, AMG and EQ (the EV brand), he adds. BMW and Audi India, too, will add to their EV offerings.

One can expect multiple EV launches in the passenger vehicles segment, says Mishra.

While none of them will be the so-called volume crunchers, it’s in line with the foot-in-the-door strategy of the companies.