For nearly a month festive shop windows and twinkling fairy lights have been wasted on empty high streets but that changes on Wednesday when the end of shopping restrictions in England hands retailers 23 days to save Christmas.

Retailers have drawn up the battle plans they hope will enable them to safely concertina two months’ worth of Christmas shoppers into a Covid-secure one, from round-the-clock shopping in Primark to virtual queues outside John Lewis.

The four-week shutdown has cost the non-essential retail chains, which sell Christmas gifts such as clothes, toys and gadgets, an estimated £8bn in lost sales. A successful December will be critical to preventing further store closures and job losses on the UK’s battered high streets.

For struggling retailers such as Sir Philip Green’s Arcadia fashion group and the department store chain Debenhams, the November shutdown was the final straw. Debenhams’ 124 stores are reopening only to run closing-down sales as administrators wind up the 242-year-old chain after failing to find a buyer. 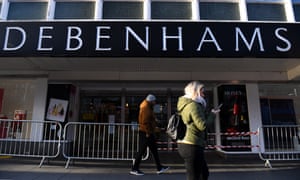 Analysts say the failure of two household names, which together employ 25,000 people and run 574 shops, threatens to destabilise the high street during a critical trading window. The Moody’s analyst David Beadle said heavy discounting could now be added to the list of challenges facing clothing retailers as they reopen to face a “condensed Christmas season at the end of an extremely difficult year”.

There are few retailers where the stakes are higher at this time of year than in the toy business. Approximately a quarter of the £3.6bn spent on toys in the UK happens in December. November equates to about 15% or £500m of Lego and LOL Surprise! dolls.

Gary Grant, the founder and chairman of The Entertainer, is anticipating a rush. “If it is anything like our experience in Wales [where stores reopened on 9 November] we will open to a 50% increase in sales over last year,” he said.

Like other chains The Entertainer’s shops will open for a least 12 hours a day. Marks & Spencer is promising its “longest-ever” Christmas opening hours, including keeping 400 stores open until midnight in the final week. Primark’s chief executive, Paul Marchant, has gone further still with 11 stores reopening for an initial 24-hour stint so shoppers can buy its “famous Christmas jumpers, festive pyjamas and much, much more”. 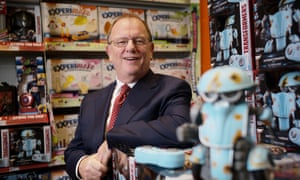 The government has not relaxed Sunday trading laws and while non-essential retail is reopening in England on Wednesday it will remain closed in parts of Scotland and Northern Ireland until 11 December.

Grant’s strong Christian beliefs mean The Entertainer always closes on Sundays, giving it just 20 days to maximise Christmas trade. “They are gonna be a blast,” he says of the days to come. “We are going to be absolutely run off our feet.”

Longer trading hours is one way of coping with social distancing requirements but other creative routes to crowd control are also being deployed. John Lewis is offering “bookable shopping slots” and a virtual queuing system that allocates shoppers a time to return if there is a line outside. 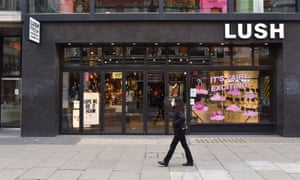 The Lush co-founder, Mark Constantine, said the key to keeping staff and customers safe would be to serve customers as quickly and as efficiently as possible. “People do not want to be put in a difficult situation within a shop,” he said.

As part of that efficiency drive, the Poole-based retailer, best-known for its fragrant soaps and bath bombs, has discontinued 200 products and sharpened its prices. “I got rid of a load of things I call nubbins,” the businessman said.

Before the new lockdowns were imposed high streets and shopping centres were struggling to coax shoppers back in the same volumes seen before the pandemic. Retail data expert Springboard reckons the reopening of stores should result in week-on-week shopper numbers jumping by 40%, but that figure would still be almost two-fifths down on 2019. 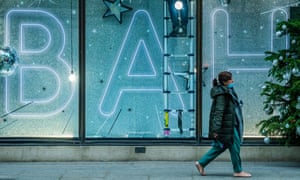 One of the biggest casualties has been London’s West End shopping district, which is heavily reliant on office workers and overseas tourists. The high end stores on key shopping thoroughfares such as Oxford Street usually rake in more than £2.5bn in November and December but this year the figure is expected to be about £900m.

While the end of the spring lockdown led to a gradual recovery in shopper numbers, Jace Tyrrell, the chief executive of the New West End Company that represents 600 retailers in the area, expects more of a bang this time round. The closeness to Christmas led to a 30% surge in shopper numbers in three days before the November lockdown began in England.

“We think there’s going to be a lot of pent up demand,” Tyrell said. “The summer was slower. This is a completely different feeling. There’s more confidence with customers, you know the vaccine is on its way. Operationally it is about opening hours.”

Helen Dickinson, the chief executive of the British Retail Consortium, is encouraging Britons to support their local shops. Every purchase, she said, was a “retailer helped, a job protected and a local community supported”.