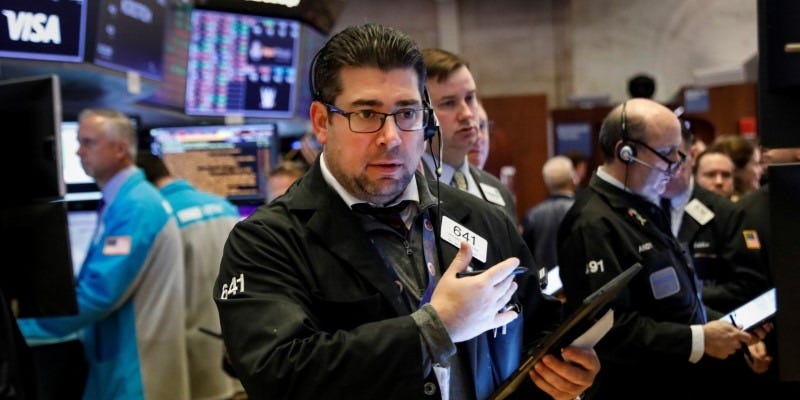 Welcome to 10 Things Before the Opening Bell. Sign up here to get this email in your inbox every morning.

Here’s what you need to know before markets open.

2. Hong Kong’s rich are moving gold out of the country on fears of what China’s draconian law may do to its autonomy. Investors are flocking into gold to avoid missing out on its biggest rally of all time. But in the meantime, wealthy investors in Hong Kong are moving their gold out of the country, because of their concerns over China’s draconian law.

4. Tom Marsico’s global fund has crushed its benchmark for 13 years – and returned 28 times its peers in 2020. Here’s what he’s been buying, and the beaten-down stocks he plans to grab after the pandemic. Knowing what you want and knowing what you don’t want can be equally important.

5. Investors are piling into socially responsible ETFs at an unprecedented rate – and Morgan Stanley says these 4 stocks are best-positioned to profit from the trend. As the awareness about the effects of climate change grows, investors are increasingly choosing to put their money into sustainable firms.

6. Harding Loevner’s global stock fund has trounced the market for over 30 years. Here’s an inside look at the simple 4-part stock-picking criteria that helped the firm balloon to $72 billion. He specializes in pinpointing high-growth, high-quality stocks set to compound over the long-term.

8. Stocks are down. European stocks are broadly unchanged, Asian stocks closed mostly lower and US futures are pointing to a decline of around -0.4% at the open.

9. Earnings coming in: Dish Network Corp and Bridgestone Corp 2Q 20 earnings are due.

10. On the economic front: US Unemployment Rate and Canada’s Net Change in Employment are due.

Related News:
Business News:
A Star Chef’s Gumbo Breaks a Big Rule of New Orleans Cooking
WHO warns Covid reinfections may occur as data suggests antibodies wane
Commercial Producers Agree To Covid-19 Testing In New Pact With DGA, IATSE & Teamsters
What it's like to be Matt Slack who has the Twitter handle @Slack, like the tech company Salesforce just bought for over $27 billion
Boeing Mulls Equity Sale, Plans New Cut to 787 Dreamliner Output
Recent Posts
This website uses cookies to improve your user experience and to provide you with advertisements that are relevant to your interests. By continuing to browse the site you are agreeing to our use of cookies.Ok